It’s all about the dress! The power couple graced the cover of People magazine, giving an eyeful of what everyone wants to know! “What did the bride wear?” Amal Alamuddin married George Clooney in a custom-made Oscar de la Renta gown.  The stunning off-the-shoulder gown was made of French lace, embroidered with pearls and diamanté accents and featured a gorgeous lace overlay. Amal wore a veil with a matching lace pattern. As for the rest of Amal’s breathtaking bridal look, she wore her voluminous locks down and kept her make-up simple with an overall peach glow. 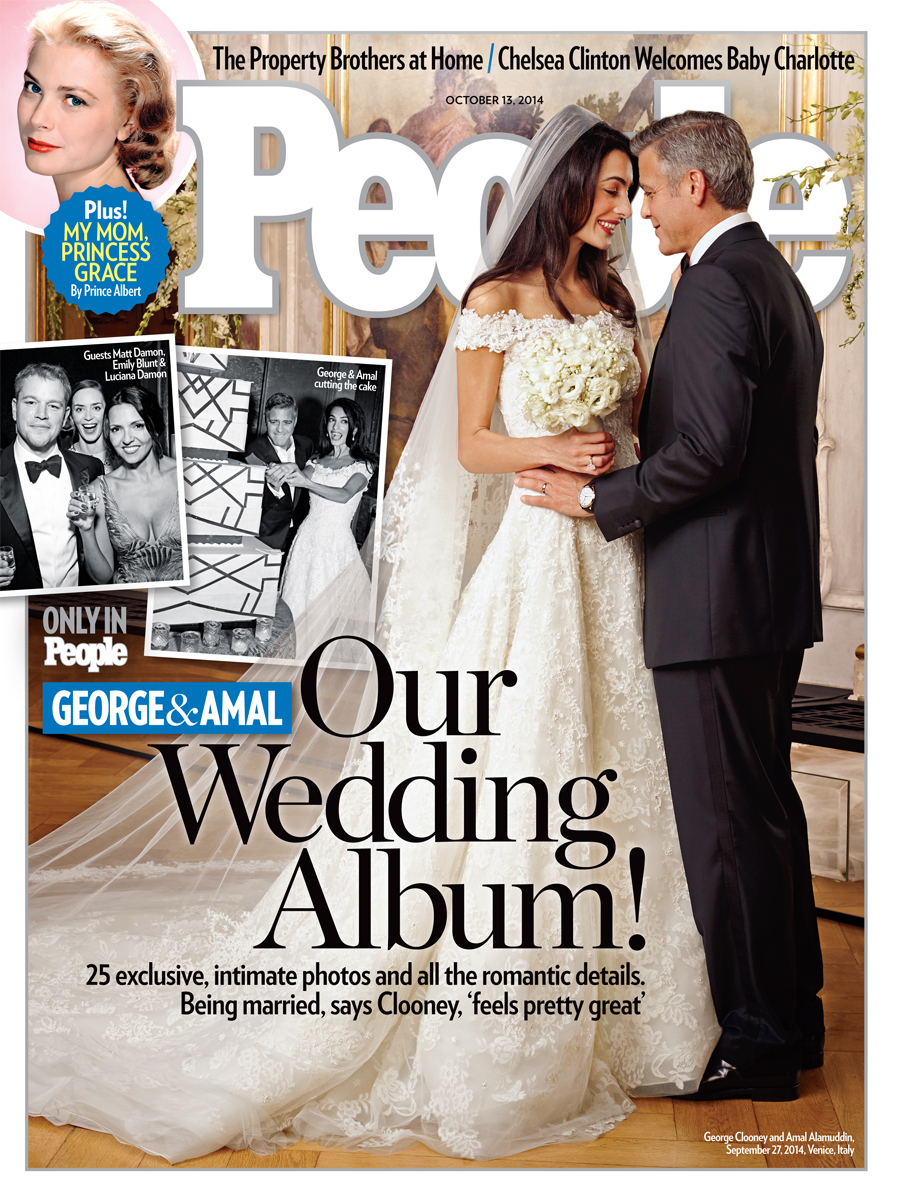 The groom looked sharp in a custom-made black tuxedo by Giorgio Armani as part of the Made to Measure Collection. Before the couple exchanged vows, Amal gifted George with a pair of cufflinks with his name inscribed in Arabic.  George and Amal exchanged vows with platinum wedding bands.

The happy couple were married over the weekend in a romantic candle lit ceremony at the seven-star Aman Grande Canal Hotel in Venice. A star-studded guest list included celebrity pals such as Matt Damon, Anna Wintour, Cindy Crawford, Bono, and Bill Murray. All eyes have been on the floating city, as the nuptials have drawn attention from all over the world. The newlyweds were beaming Monday as they made their marriage official in a civil ceremony

Packing For Your Tropical Honeymoon

The 10.13.14 issue of PEOPLE is on newsstands nationwide this Friday, October 3rd.